In No, Not Me!, Walk with Susie as she recounts how God faithfully turned her challenges and sorrows into victories, raising her ministry from the depths of its tragic beginning with many miraculous blessings. 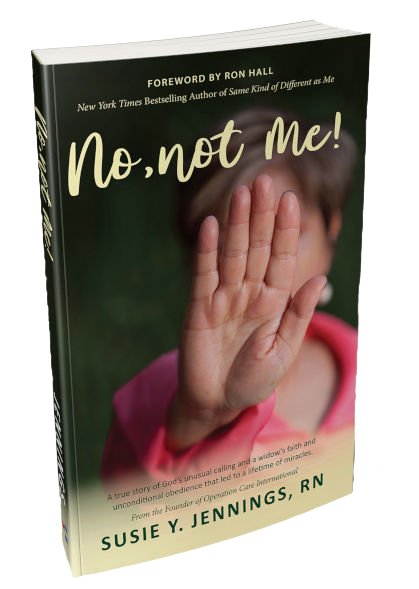 Join Susie for a free book signing on June 23 from 7-9 PM at the NRB 2021 convention at the Gaylord Texan Resort. There will be free homemade desert and drawings for valuable prizes!

Praise for No, Not Me!

No, Not Me! is a story of God using a broken widow to do impossible things for the Kingdom of God. Susie not only hears from God, but immediately obeys. The activation of her faith has blessed so many of the homeless and impoverished both here in Dallas and all over the world. Susie's story also proves that God's calling comes with God's limitless power! Susie's faith and obedience have put her in a position to see many miracles. I'm proud to be her pastor.

Many people marvel, “How did you move from travesty to victory?” “How can one average person inspire people around the world to meet the spiritual and practical needs of others?” This true story gives us the answer. The Bible says, “The One who calls you is faithful, and He will do it.” The life of Susie Jennings displays how she is called—she steps out, but He indeed is doing it! 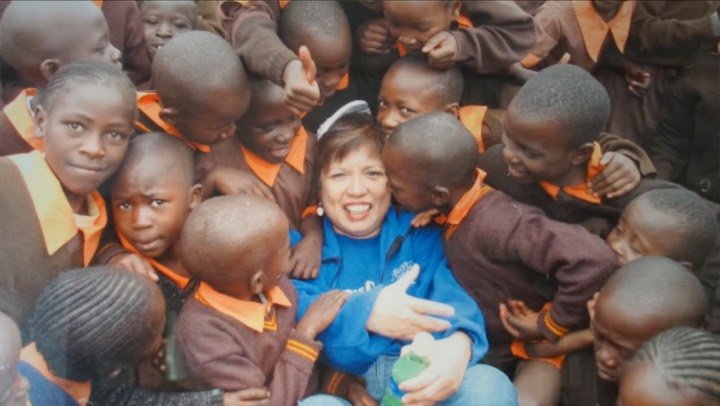 Listen to Susie tell the story of Operation Care International.

Operation Care International exists to glorify God. In obedience to His will, we connect impoverished children and the homeless to Jesus Christ by providing for their spiritual and physical needs through God’s provisions both at home and abroad.

In obedience to God, Operation Care International facilitates worldwide opportunities to experience the love of Jesus Christ and the promise of eternal life.